These pictures show a preserved historic wall in Richmond, Virginia. The wall was part of a foundry which manufactured canon used by the Confederate army in the American Civil War (1861-1865). The foundry has been converted to the Civil War Museum which portrays the war from the confederate perspective. The first picture shows a vertical steel cantilever which provides stability to the free-standing wall. The next two pictures show how an opening in the wall was stabilised, using new steelwork. The last two pictures show a stairway to allow access for museum visitors up a steep embankment. In the last picture, note the connexions between the steel 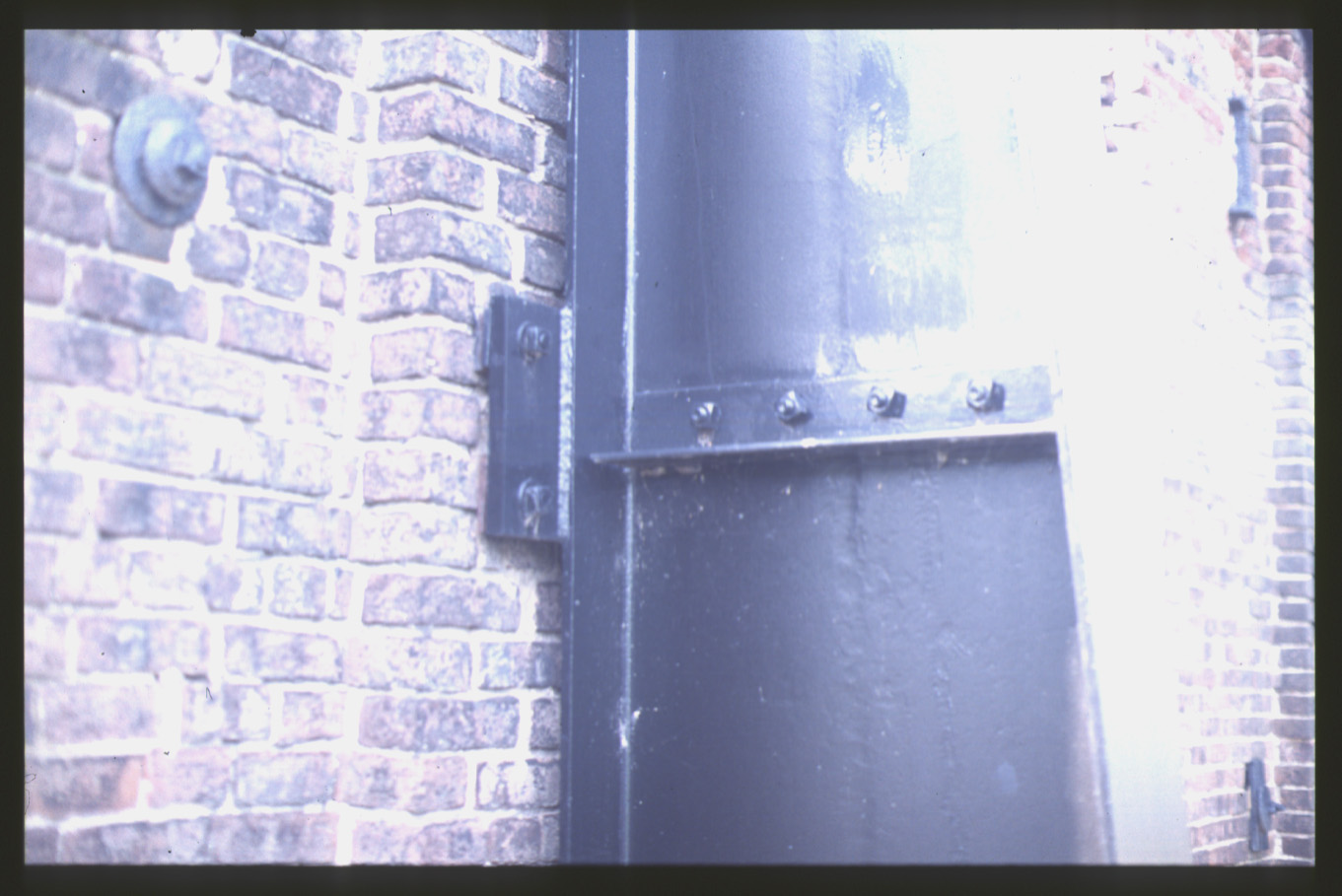 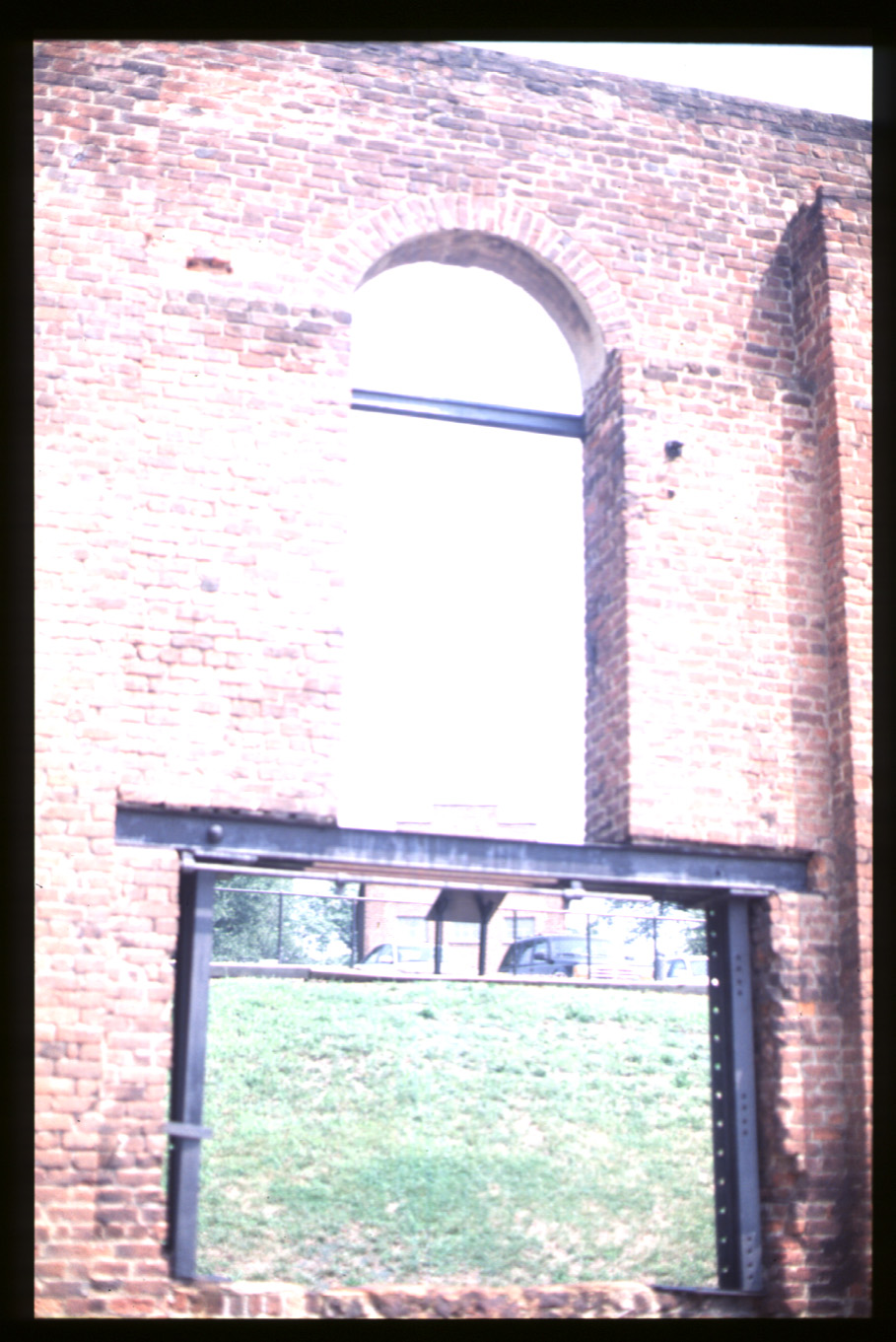 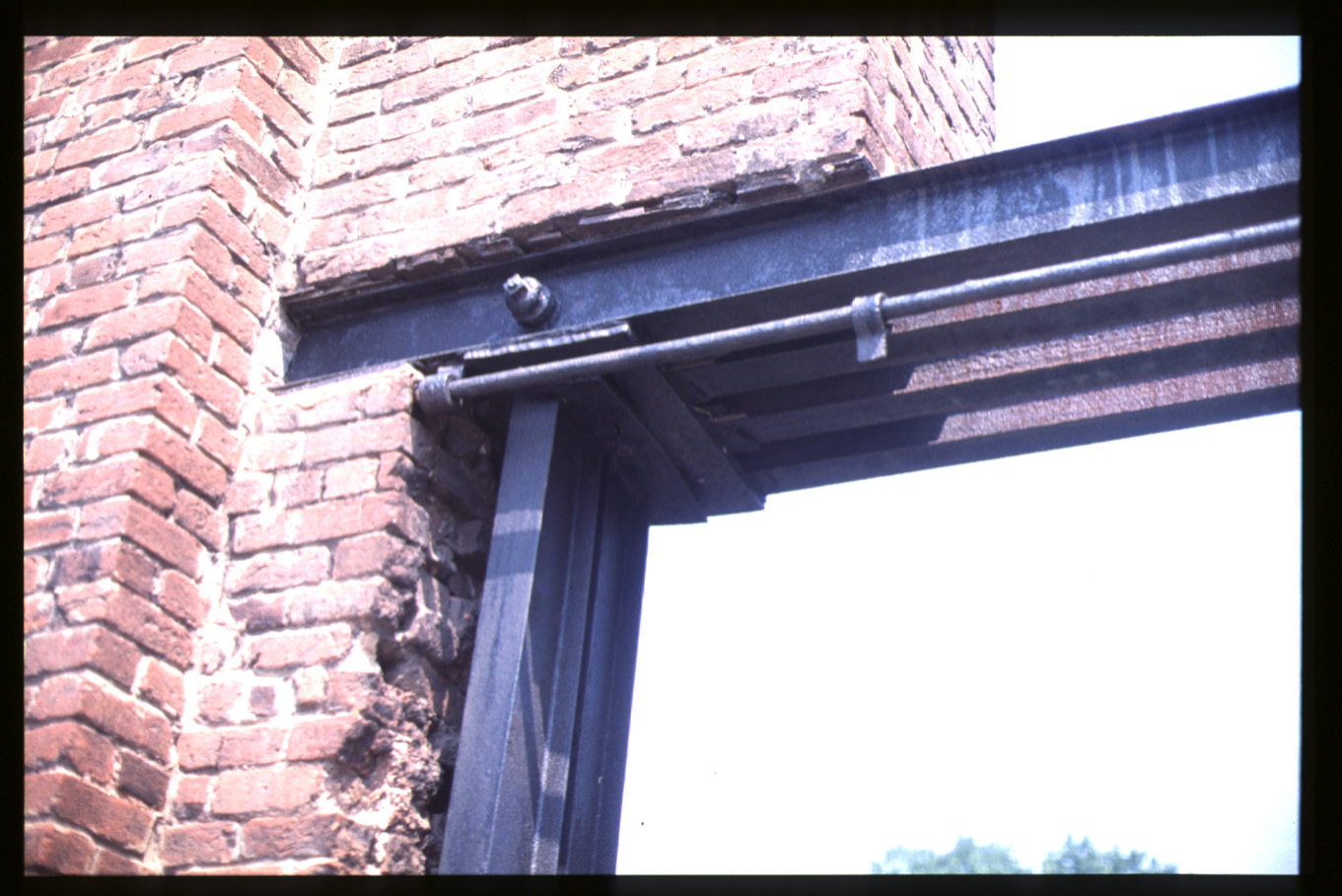 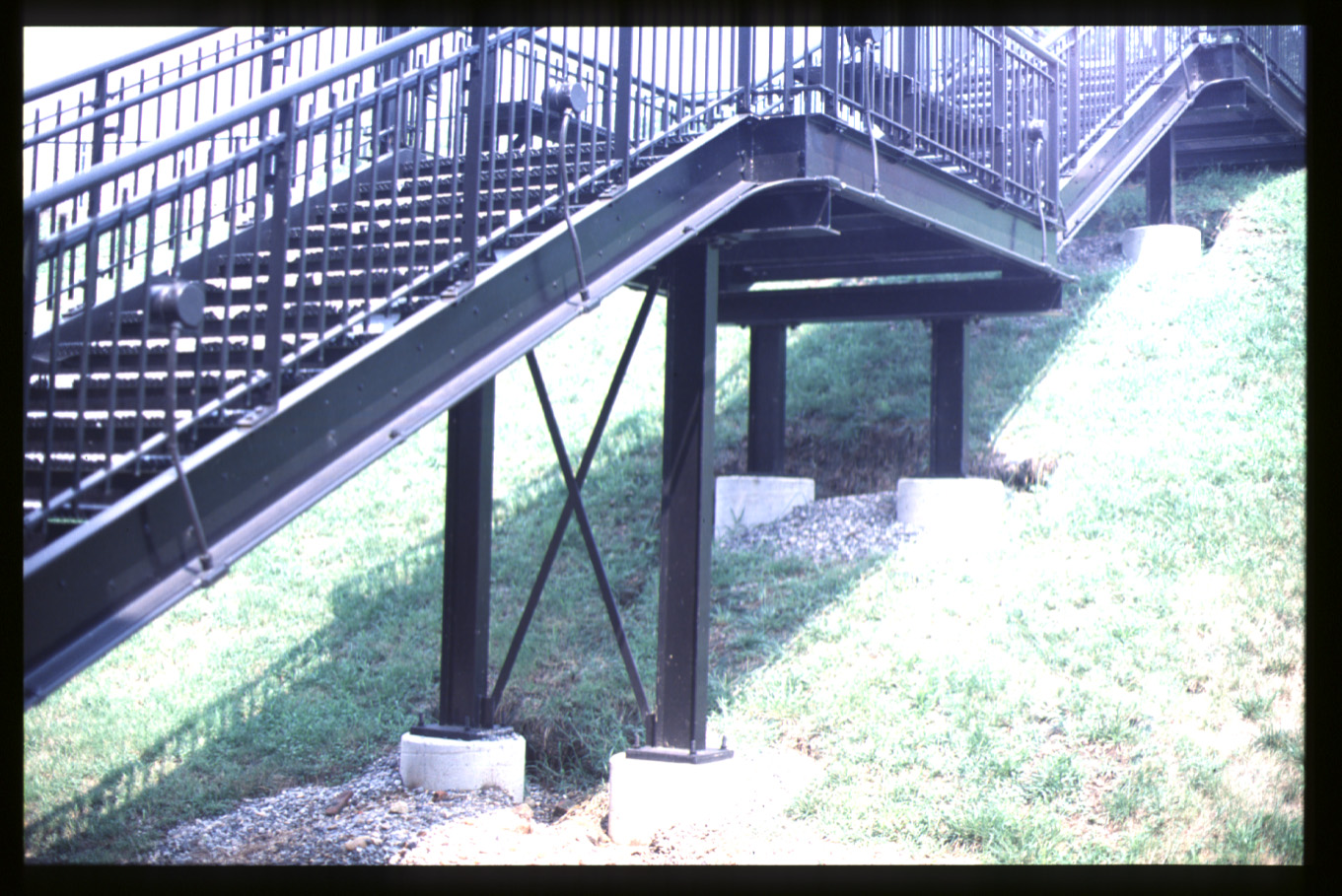 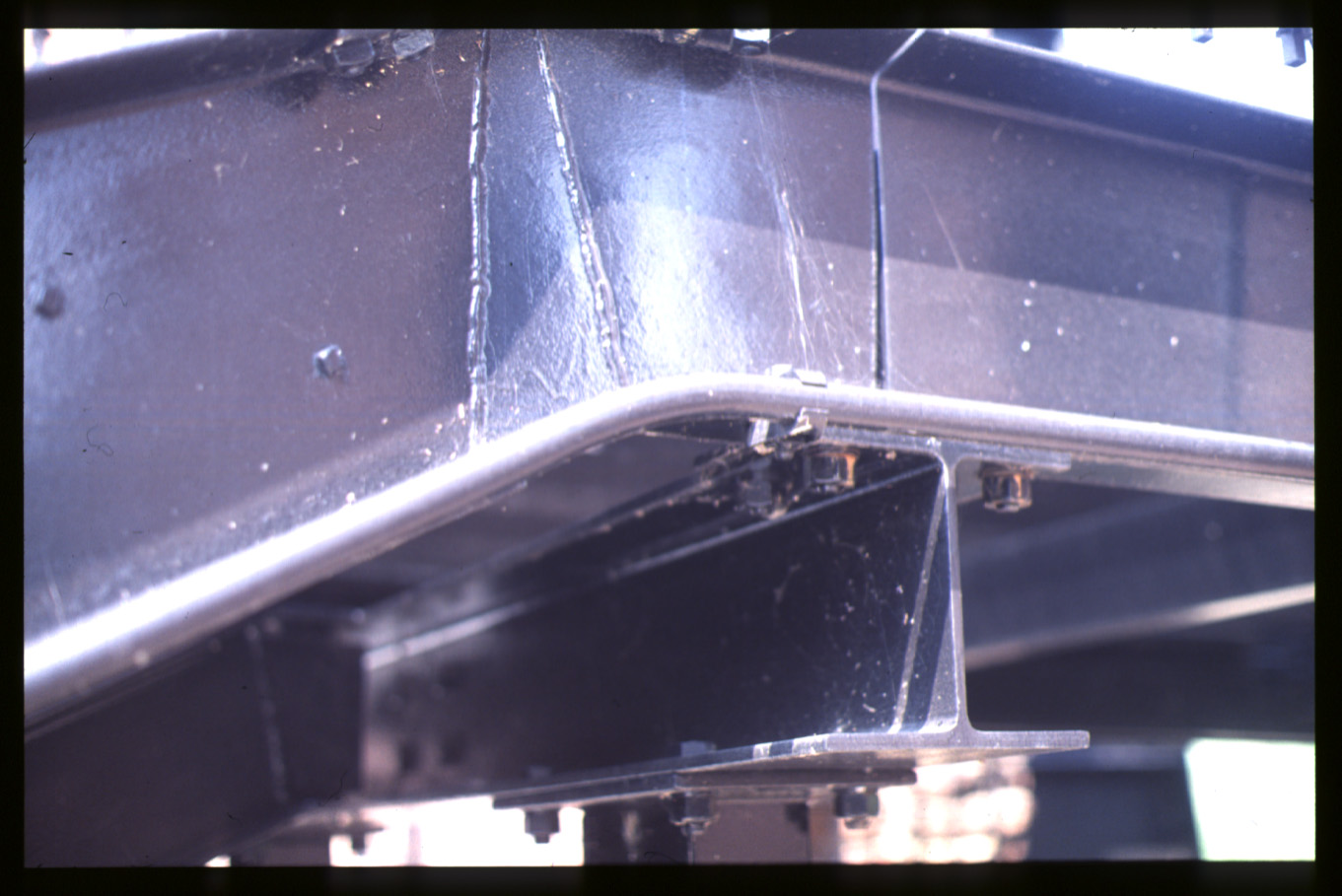